Seeing communities suffer from the effects of COVID-19 and the massive potential in young people to mitigate the spread of the virus, the City of Houston created the Community Health Education Fellows (CHEF) program. The CHEF program hires young people to be trained as community health workers and contact tracers. They work in 22 Houston super-neighborhoods identified as most affected by COVID-19. We interviewed the first CHEF cohort to gain insight into some of the community work they are doing in the coronavirus pandemic. Read more CHEF stories.

Allison Moore is a 23 year old childcare worker and CHEF representing the Sunnyside neighborhood. We interviewed Allison about her experience as a community health worker during the pandemic. Below is a brief transcript of our conversation. 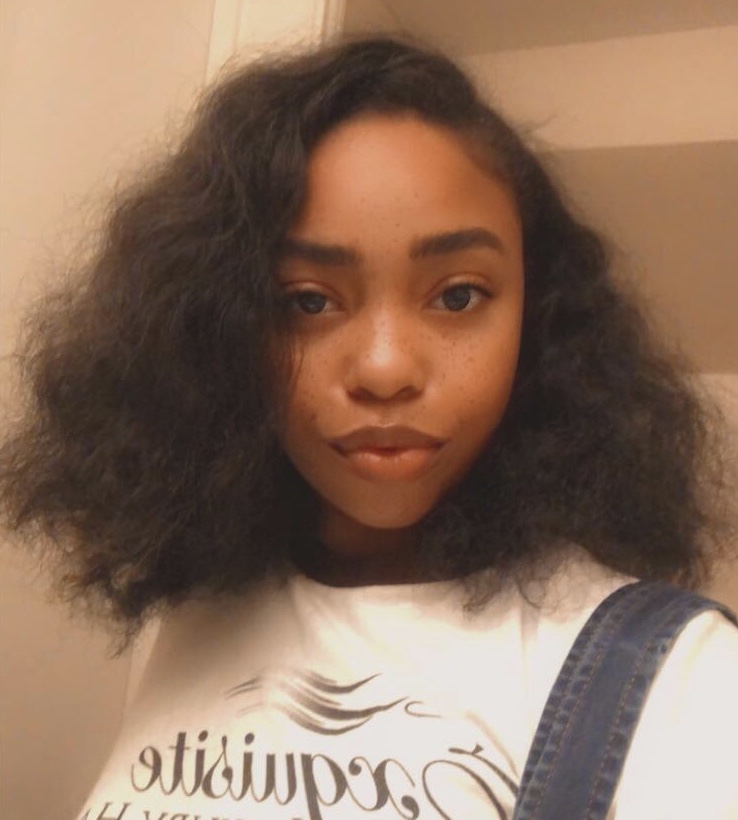 Tell me a little more about yourself and your experiences during the pandemic.

In the beginning, I had a lot of struggles with trying to find PPE. That's personal protective equipment like masks, gloves, sanitizer, etc. There was a big shortage of it so it was a little scary at the beginning. There was so much information coming out, nobody knew exactly what was happening and there weren't any definite sources that could tell us exactly what's going on. The virus isn’t new—there's been a few different strains of it—but nobody has seen anything like this.

During that time, I was working with kids. When I work with kids, I'm already constantly washing my hands because you know, they spread germs...it happens. They love to hold your hand and give hugs, and that took a really big toll towards the end of that job because, I didn't get to have the same kind of connection that I had with my kids as we were trying to enforce those kind of rules to at the very beginning of the pandemic and that made it pretty difficult.

At home, it got hard because I also live with my grandmother and being that she's in one of the most vulnerable age groups, that was always a really big concern. I was riding public transportation. Not to mention my mom, she sometimes can get a little…well I won't say overly concerned because she's a mom. She's going to be concerned with everyone's health, but to not know what was happening was taking a big toll on her and that was the biggest issue, not knowing…the fear of the unknown. You don't know what's gonna happen and they’re saying it's bad, but we don't know what to do about it. So if you guys don't exactly know, we can't possibly know. So, that was the biggest thing in the beginning.

Over time, it's gotten a little bit better. Once the initial panic came through, we were able to get through it. But as time went on, the initial panic went away, you know, the toilet paper shortages and all that. Luckily, we had already had a decent amount for us to use over those first few weeks. So, we were okay. Things got kind of normal once we got into a good routine. I have a pretty close-knit community. My aunt stays in the neighborhood literally neighboring ours, its walking distance. My grandfather stays right across the main street so if he has something that we needed he could give us what we needed and if he needed something we can do the same. So we kind of had our own little system working. Anytime something kind of hits the fan like hurricane season, all that kind of stuff, we’re always looking out for each other. So, that was a really big part of our system in the beginning, relying on each other.

How do you think you see this pandemic differently as a young person?

As a young person, I think I'm a lot more calm. I think when people have families and they have a job that they have to think about there’s a lot more on the line for them. So, they're quicker to panic or to get frustrated or to get upset when they don't have the answers that they need. And I think as a young person, I have a bit more patience to feel things out and find what I need, rather than to wait for it to come to me because I don't necessarily have the time to go out and find that information.

Do you think that the pandemic or and or the chef's program has changed the way that you think about inequalities?

I’ve pretty much always thought the same. Honestly, I think that coming into this has made me think, maybe a little bit more in depth than I already had. Like even in smaller communities we tend to always be thinking about race and cultures and things like that, but we forget to take into consideration different disabilities. Like we were thinking about making flyers, but there's people who can't actually see the flyers. We're doing tele-town halls, but what about the hearing impaired? They're not gonna be able to hear what's going on. So, taking things like that into consideration while doing this work is something that wouldn't always be in the forefront of my mind so I definitely can say that.

What have you learned about your community or yourself this summer?

I think what I’ve learned about my community is we really do not have a lot of resources, and I've grown up there my entire life. When I wasn't able to get what I needed, I was just like “I wish we had this and I wish we had that”. Then I would think “well maybe it's there and I just don't know about it.” But in doing the research, I'm finding that we literally do not have these things available where we are. I've complained my whole life about it being like a food desert, and like I've actually sat and done the research and again, literally, we're sitting right in a food desert. So I've learned a lot about what's put our community in that specific position, and I can say that I really have wrapped my head around that, to try to figure out what it is that we could do to get things to progress.

I think that what I learned about myself is that I do have the potential to take the lead. I don't have to take the backseat all the time. I can really go ahead and take that initiative, I can. I have ideas that are worth looking at if I just go ahead and present them. You never know—what's the worst I can get? A “no,” or “maybe we can do this differently?” Just being more confident in myself is what I really was able to learn to do.

I think overall, it's access to mental health resources, just because those resources aren't widely available for people who don't have the finances for it honestly. Specifically to my community, I think that the key thing that I really learned was just really focusing on those assets that we have in our community. And I never thought of these places as assets before I started this community work, and it is those few grocery stores that we do have that the community really really relies on.

There's a few clinics, so reaching out to them to really touch the people that are out there I think is really important. As far as the curriculum is concerned, I think those key components were mostly knowing exactly where to go, because inside our community, again, we don't have the resources and we don't have the testing facilities. We don't have things like that. So knowing exactly where to send them, who they can talk to, and what exactly they need to do is definitely key. In my community, looking for testing sites was a job because some places want you to pay for those tests and they're pretty expensive, then at other places they may have run out of spots, so we have to go for a specific time of day. So like having those resources like a website you can go to and they'll tell you all the testing sites that are nearby, what exactly they require, what you need to do XYZ is very, very helpful.

Is there anything else we should know?

It is a really great opportunity to be able to work with the mayor’s office, so I think that for anyone who is a young person, this is a great kind of program to get into because you get to see the inner workings of how things happen. On the outside, sometimes it looks like there's nothing being done, but you never know what's in progress. So to be able to see that they're actually things in progress, and even sometimes they're already out there. If you don't know, you don't have the tools, or don't have the resources to be able to go out and find those things like the town halls, you're not always able to see them. So to be able to be on the other side of the veil so to speak, it's the greatest.‍