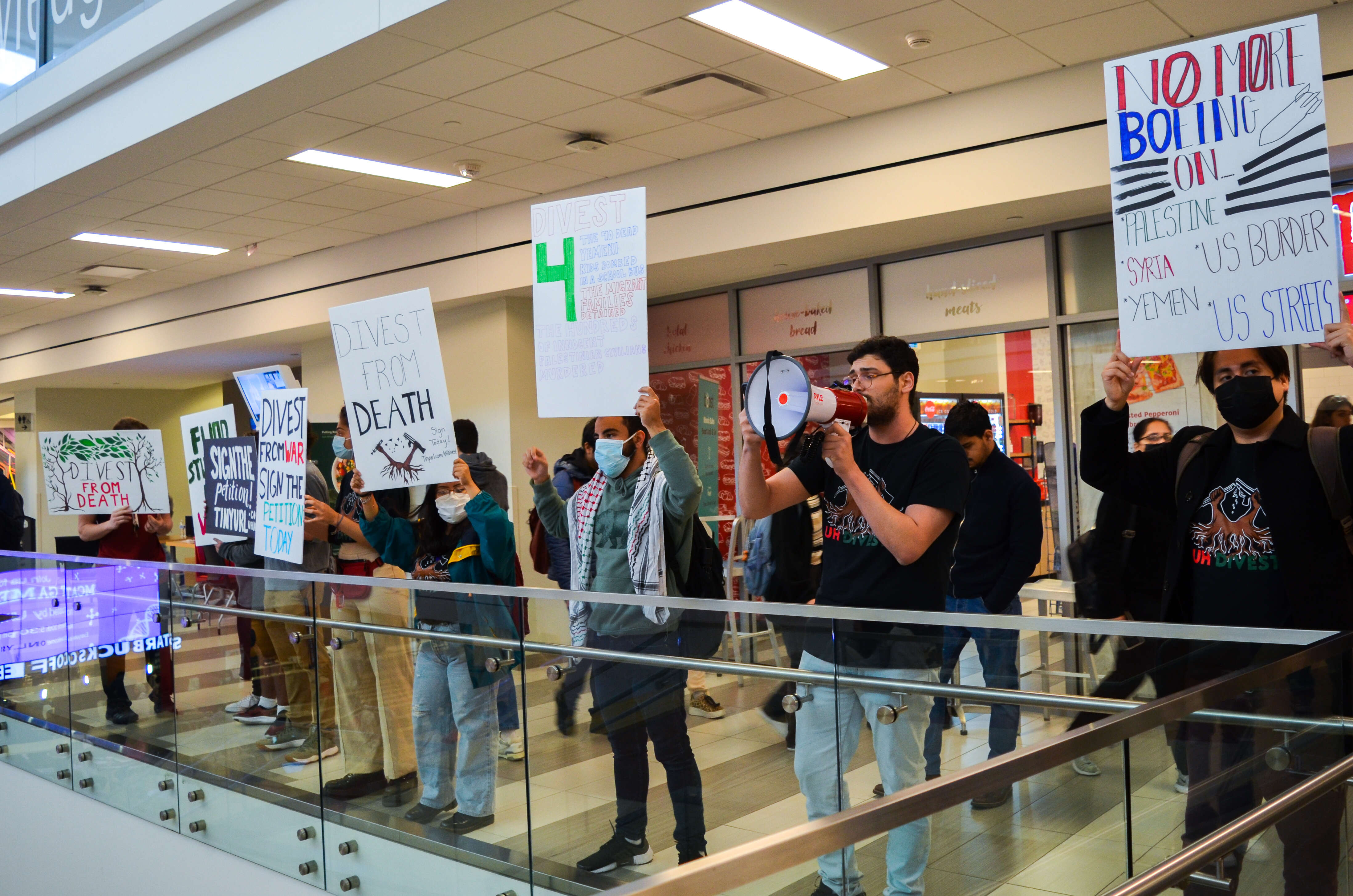 A student body resolution urging the University of Houston to divest from war profiteering heads to a vote.
By
Uyiosa Elegon
Published

DONATE

According to the UH Divest Coalition, since 2016, the University of Houston has invested $7,607,364.40 in the world’s five biggest arms manufacturers: Boeing, Lockheed Martin, Northrop Grumman, General Electric, and Raytheon.

Several members of the Student Government Association expressed support for the coalition and its #DivestFromDeath campaign. A former SGA Speaker cited the Russian invasion of Ukraine in their comments. “We've seen a response to the conflict there that has been overwhelming... Why are we not seeing that same reaction [here that] we've seen [for Ukraine]?”

“We know that as each company gets more money, they are going to pursue new and innovative ways to harm, kill, and surveil marginalized communities," said Dara DeSiova, a UH Divest coalition organizer.

The Student Government Association will vote on the resolution at its next meeting on March 23, 2022.

The University of Houston has not made contact with the coalition on the matter and did not respond to our requests for comment.

We won’t see the protection against gun violence unless we make our voices heard.