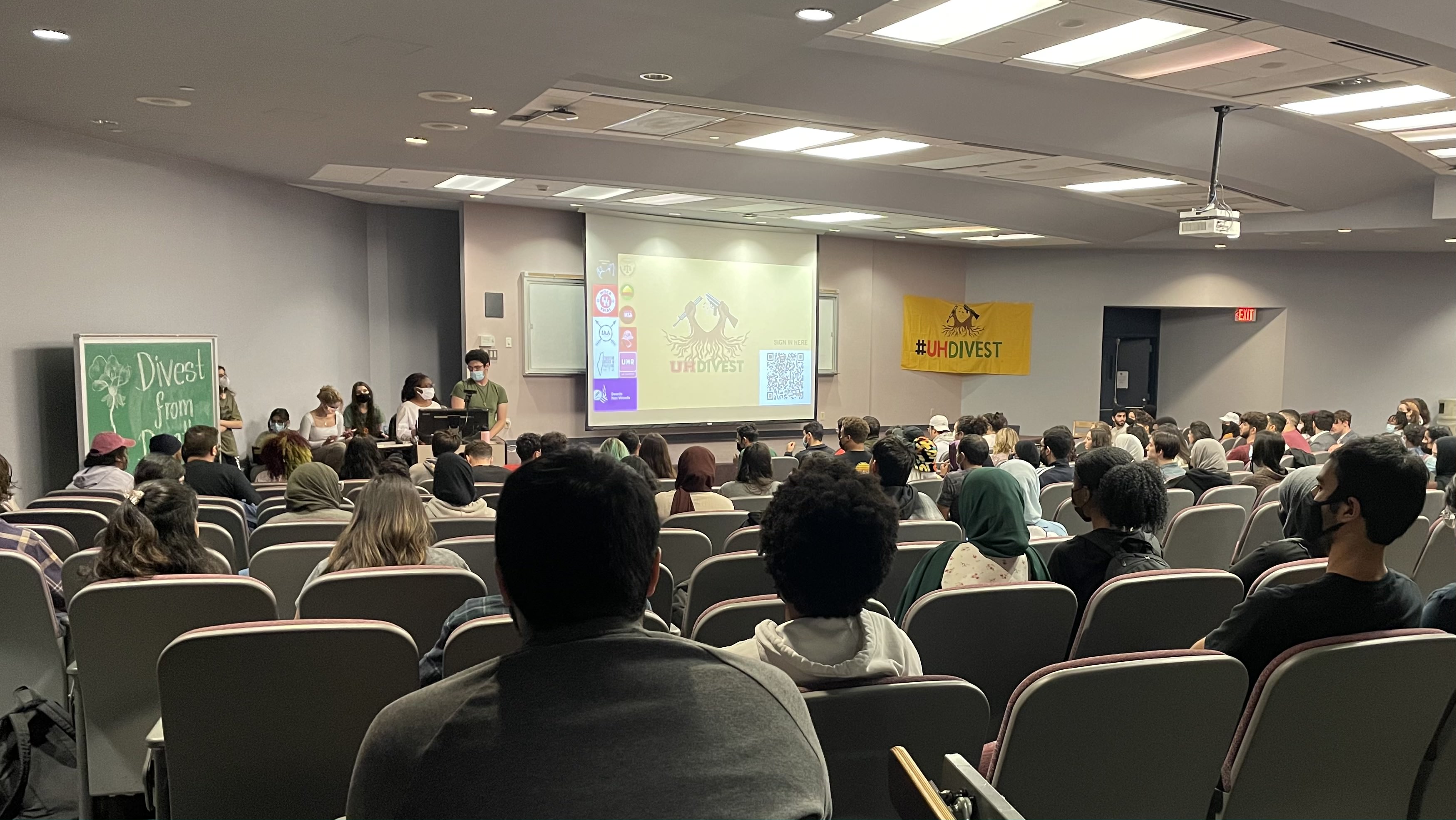 A coalition of University of Houston student organizations announced the launch of the #DivestFromDeath Campaign, aimed at urging the University of Houston to remove its financial investments from the world’s five biggest arms manufacturers — Boeing, Lockheed Martin, Northrop Grumman, General Electric, and Raytheon.

The launch, which took place on February 17, 2022 at the university’s Graduate College of Social Work building, attracted a diverse crowd of students and community members. The event included education on militarism, occupation, and the history of the Houston-based movement to end the South African apartheid.

In a statement over email, coalition organizers wrote:

“The ‘war-machine’ takes on many forms, and our university is one of them. Every year, U.S. war profiteers — Boeing, Lockheed Martin, Northrop Grumman, General Electric, and Raytheon — fuel violence here and abroad with billions of dollars of weapons manufacturing to arm violent regimes from the Philippines to Israel. These deadly weapons end up making their way to local police departments in the U.S., compounding the state’s ability to police, surveil, and occupy Black and Brown communities, as well as unleash violent force against protestors.”

According to coalition organizers, the University of Houston has invested $7,607,364.40 in those five companies since 2016. In addition to divestment, the coalition demands the university establish a committee for Socially Responsible Investment (SRI) and an SRI screening for future investment decisions.

“The main objective here is that the university has a moral responsibility not to invest in the destruction of our communities here and abroad,” says Fuad Kirreh, a member of the Students for Justice in Palestine. “If they're going to make their endowment bigger than ever, they cannot do that at the expense of our families here at the expense of our families and our homeland.”

The coalition seeks to pass a student body resolution in support of divestment at the UH Student Government Association’s March 23rd meeting.

The University of Houston has not made contact with the coalition on the matter and did not respond to our several requests for comment.