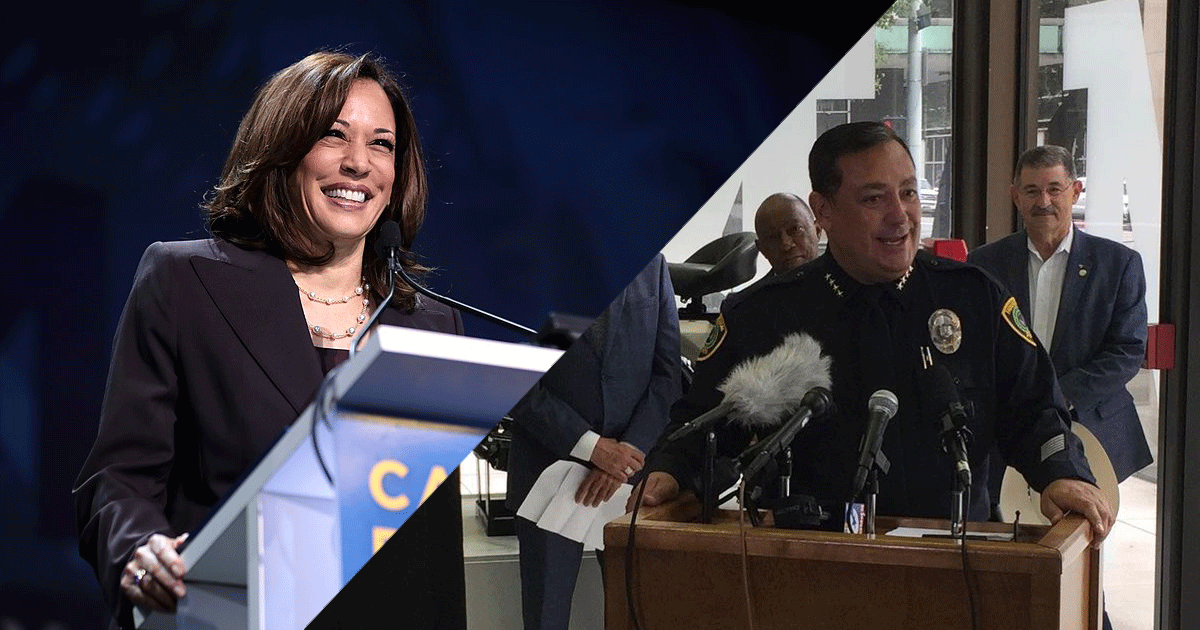 The performance of diversity does not create material gains for minoritized people.
By
Opeyemi Ogundele
Published

DONATE

Editor’s note: This piece was written before the 2020 election.

When Joe Biden announced U.S. Senator Kamala Harris as his running mate, I remember scrolling through multiple media outlets and seeing an outpour of gratitude and amazement in response to this news. Former First Lady Michelle Obama said she rarely ever saw someone who looked like her on TV as a young girl and exclaimed that Harris’ nomination would be an inspiration to Black girls everywhere. In celebration, people on Twitter made sure to highlight that Harris would be the first Black and South Asian woman on a major party’s presidential ticket, arguing that this representation made the Democratic ballot “progressive.”

But a ballot isn’t progressive simply because someone who isn’t white is present. There are many examples of non-white people who actively deny the material gains of marginalized people for their own political power. Harris teetered back and forth on issues surrounding race and law enforcement during her time as California’s Attorney General from 2011-2017. She purposefully did not intervene in cases of officer-involved killings. She placed transgender women in men’s prisons and deemed a proposition to decrimnialize sex work “completely ridiculous,” although it disproportionately affects a large amount of women of color and trans people. Furthermore, she allowed over 1,900 convictions on marijuana charges, the vast majority involving people of color, despite Harris admitting to smoking cannabis herself on The Breakfast Club, a popular radio show.

In Houston, we need look no further than our very own Houston Police Chief, Art Acevedo, who was hailed as the first Latino police chief in the city’s history when he entered into his role in 2016. Acevedo is most memorable for his straightforward and brash demeanor. Prior to his time as Houston’s top police official, he served on the California Highway Patrol from 1986 to 2007 — before being pressured to leave due to a sexual harassment lawsuit. This didn’t stop him from becoming police chief in Austin from 2007 to 2016. He was scolded for most of his tenure, especially by Austin City Manager Marc Ott for blatantly disobeying orders.

Tensions peaked in 2014 when he defended his officers after body-slamming 19-year-old Amanda Stephen to the ground for jaywalking near the campus of UT Austin. He shamelessly stated at a press conference that, “In other cities there's cops who are actually committing sexual assaults on duty, so I thank God that this is what passes for a controversy in Austin, Texas… and quite frankly she wasn't charged with resisting. She's lucky I wasn't the arresting officer, because I wouldn't have been as generous.”

His statement didn’t sit well with citizens, who demanded an apology. Although he later produced one, that abuse of power paled in comparison to the incident that eventually forced him to leave the Austin Police Department in 2016 — when an officer shot and killed David Joseph, an unarmed 17-year-old teenager.

It is therefore unsurprising that Acevedo has, once again, been put under a microscope following Houston’s Black Lives Matter march back in June of 2020, which amassed over 60,000 protesters. Speaking passionately to a large crowd, he expressed his support for the people of Minnesota and disdain for President Trump’s handling of police brutality and institutional racism. His words resonated with many Houstonians, and even garnered national attention and praise.

Acevedo conveniently left out that just before the protests, he had refused to release body cam footage of six fatal police shootings in Houston. Five of those killed were Black or Latinx. Acevedo was seen demanding change, posing with protesters, and calling for accountability for George Floyd’s murderers, but lacked the same energy for addressing reform within his own department. Houstonians have every right to hold his feet to the fire and demand answers regarding the continued police brutality and lack of transparency in the Department.

Those who support Harris conveniently ignore her failure to keep people of color, especially Black people, safe. Those who defend Acevedo look past his history of upholding a system of violence and injustice. Material gains for marginalized people create more change than the mere performance of diversity. Let us champion non-white elected officials who stand for progressive ideas — like increasing funding for low-income schools, legalizing prostitution, and improving civil rights protections for LGBTQ+ people. Let us not forget that that representation is more than skin deep.