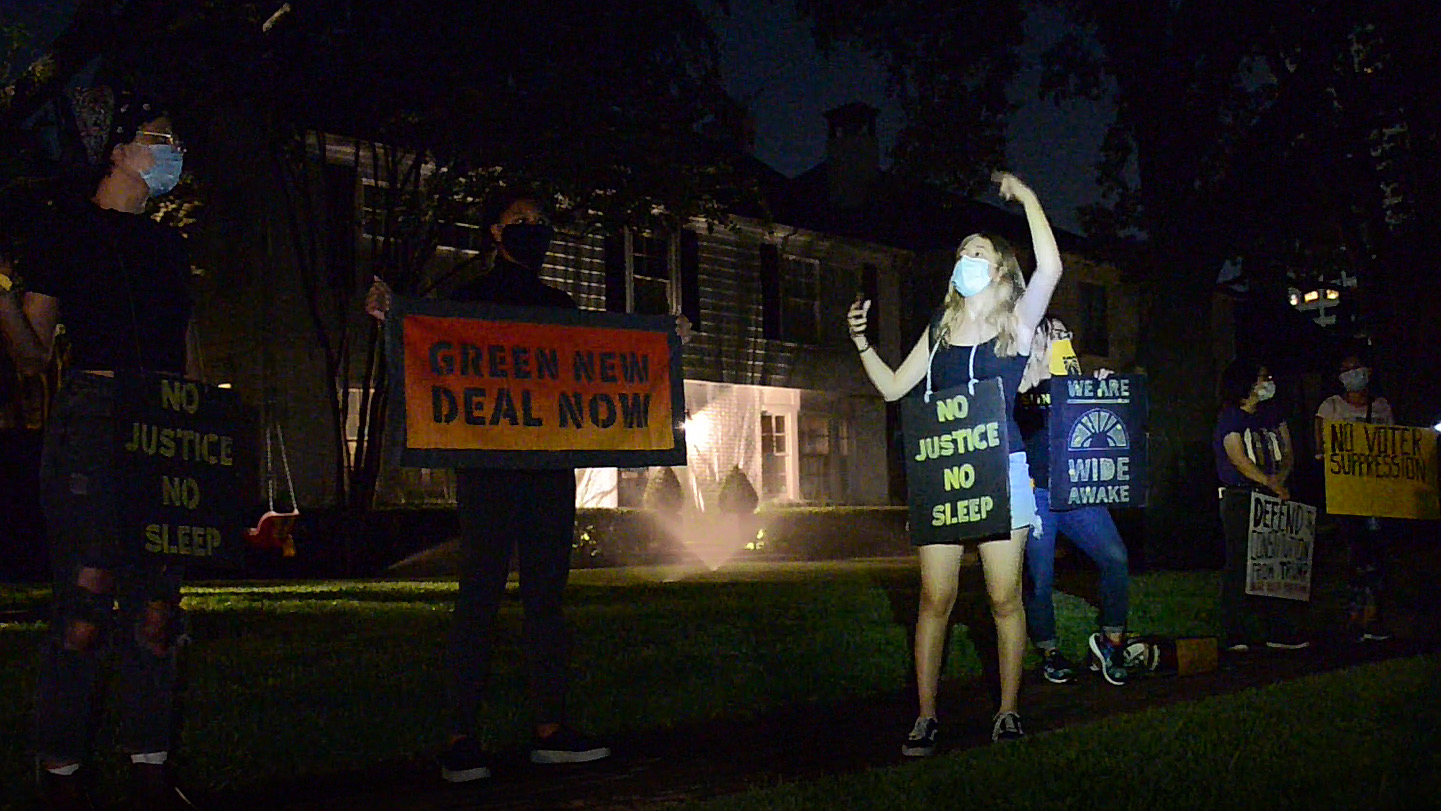 ‘No justice, no sleep’: Houston youth advocate for climate justice

‘No justice, no sleep’: Houston youth advocate for climate justice

Editor’s note: This piece was written before the 2020 election.

Madeline Canfield believes that in a radical reality with compounding crises, the only options are radical solutions.

“Protesting outside a politician's house or having mass cooperation in the streets, that is only in response to a radical reality, where the President is threatening to undermine the vote count, and maybe the beginnings of fascism are taking root.”

Canfield is the Action Leader at Sunrise Houston, a local chapter of the national Sunrise Movement, a decentralized, youth-led organization that focuses on ending the climate crisis and creating millions of well paying green jobs in the process.

The organization has been working hard to build political power, especially during the 2020 election. Canfield said their efforts were focused on increasing turnout for the youth vote.

“We know that this election is really the fight of our lives,” said Canfield. “This is the most critical election that we may face, most likely in our lifetimes, one of the most in the history of this country... We are seeing the powers of fascism descend in absolutely terrifying ways. And so what we're trying to do is to get out the youth vote, get young people to pledge to vote, to vote for down-ballot, Green New Deal champions as well.”

The Green New Deal is a piece of legislation that seeks to achieve zero emissions in the United States by 2035. It was introduced into the House of Representatives by Congresswoman Alexandria Ocasio-Cortez.

“[The Green New Deal will help build] people power for labor, for immigrants’ rights, for communities of color, for lost people who have been historically excluded when we have major social programs, because [the issues] are intersectional,” said Canfield.

Locally, Sunrise Houston is working on a Climate Action Plan, which aims to decrease emissions in the city to be net-zero by 2050 by changing transportation, building, energy and waste infrastructure.

“We know, already, we're suffering [in Houston] — more flooding, and more hurricanes from climate change,” said Canfield. “There is lots of climate change that we cannot reverse.”

Sunrise Houston is working on a new tactic called “No Justice, No Sleep,” where people protest outside the homes of local politicians very late at night or early in the morning. This strategy is inspired by the abolitionist movement from the 1860s.

“We can't sleep because we are dealing with this crisis, and neither should [the politicians],” said Canfield. “We're in crisis — a climate crisis, a COVID crisis,  a racial justice crisis, an economic crisis. All these crises compound and are a threat to our generation.”

Many of Sunrise Houston’s current working groups are exclusively led by experts and fail to involve the folks most affected by these policy decisions. For this reason, Canfield and others are currently working with the city to create a new working group focused on youth.

In a city where oil and gas are multi-billion dollar industries, Canfield is unapologetic about the movement’s “radical” approach to climate justice.

“Radical is a reality where our climate is going to warm so much that we have fires burning millions of acres, people have to evacuate from their homes and young people in this very city have PTSD,” said Canfield. “It’s a word that is used to try to divide people against us, or it can be a word that is reclaimed to unite us.”