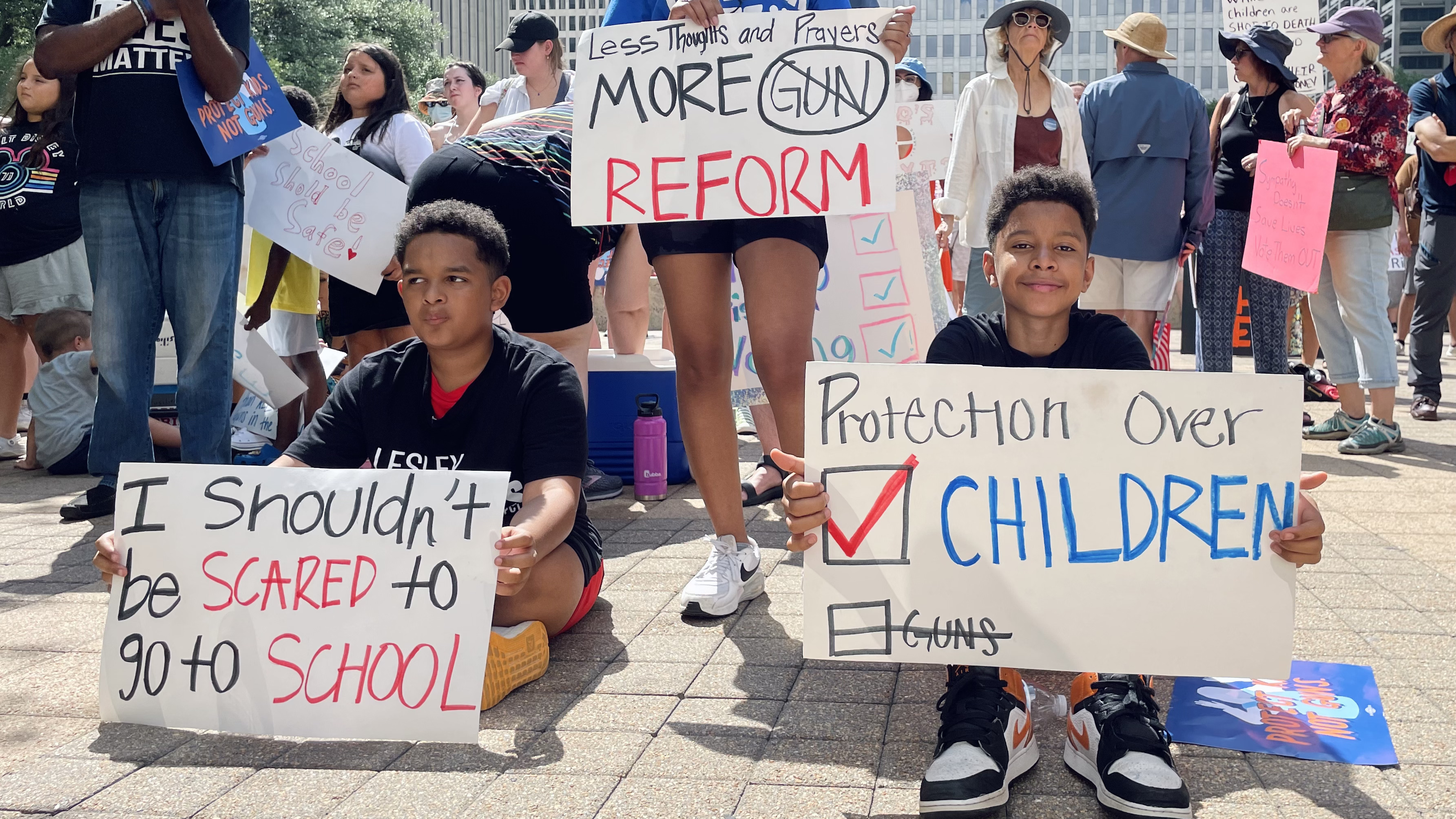 On June 11, 2022, hundreds of people gathered at Houston City Hall for a rally and march in support of gun policy reforms.

‍March For Our Lives Houston organized the event in response to a nationwide increase of gun violence and a school shooting at Robb Elementary in Uvalde, Texas that claimed the lives of nineteen students and two teachers and wounded seventeen other people.

“On a personal level… [I] want more common sense gun laws,” said Katherine Chen, former Co-Executive Director of March for Our Lives Houston. “A lot of the shootings are a result of easy access to these high-capacity magazines.”

Children, parents, and advocates expressed frustrations about the lack of action from elected officials. University of Houston’s Student Body President Joshua Martin rallied the crowd saying, “I think that we’ve had enough of the division, enough of the lies, enough of going through the same thing time after time with nothing done about it.”

Event organizers and speakers urged attendees to vote out elected officials backed by the National Rifle Association — notably, Sen. Ted Cruz and Gov. Gregg Abbott — who refuse to support gun violence interventions, including ones listed in March For Our Lives Houston’s Policy Plan.

“I think that people are seeing us doing this work and are like ‘Oh, they got it. In the future, it’ll be good,’” said Manasi Saxena, Co-Executive Director of March for Our Lives Houston. “But the thing is, we don’t need the future. We need now.”