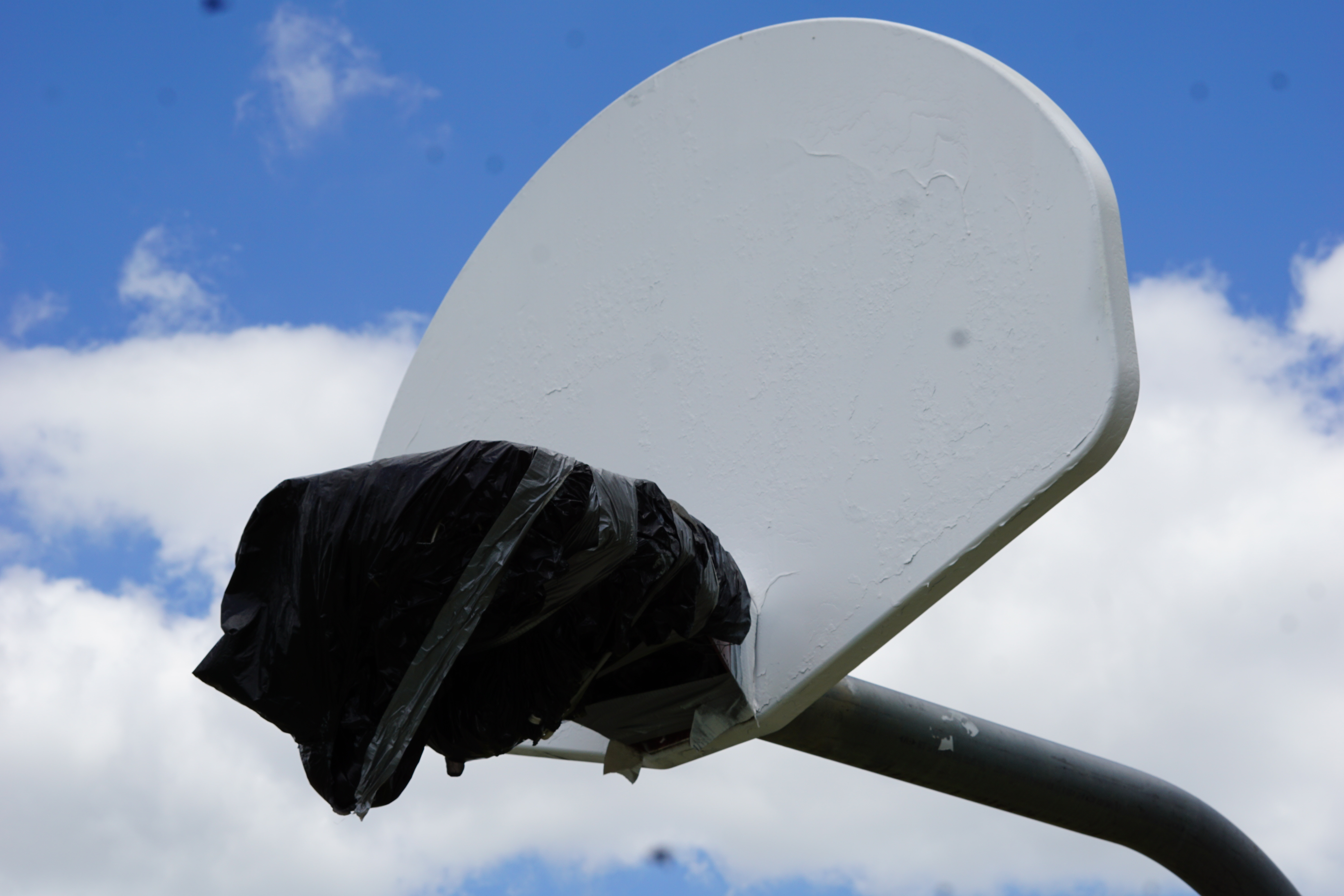 my grandmother say, inside or outside

but stop letting my cool air out

side, say be inside before the street-

lights cut on; I come home, try to walk

through the threshold, land at the gas

the door, step foot in a starbucks

parking lot; I try to find the hallway

to my bedroom & a soul

cycle class starts where my bathroom

on the b-cycle rack, wonder why I

never noticed it there, yell

“please step back from the platform

edge” - I don’t know when the city

started seeping into the living

room, but I do know that no one

snacking on my cheetos, chief finner

cuffed my wrist to the stairwell

which looks a lot like n san jacinto st

- somehow, outside became inside

before I could wash the smell

off me, though some will call that

progress, the way I scrub my skin

to gravel till no one can tell me

from the mural right outside

the concrete straight under my feet

the second I cross some old street

painted some new name - so now

my grandmother claims the whole

her sunroom, every cross street her

is mine, what’s mine is still mine,

remembers the old brick, the cement

on the feeder got that scent

of fresh linen & firewood held in the old

not when you count the ghosts

grown familiar with a full mouth

rubber tires; can’t find no outside

untouched by a memory or

a mother’s mother or a mile of

construction swirling with dust: how

the outside climbs its way through

the cracks, through the screen,

through the breeze from

the window that blows just so -

This poem stems from conversations that took place during the Writing the Block workshop series, specifically around the myths of gentrification in Houston. I wanted to capture the invasiveness of it, its sinister familiarity, but also display how it destroys and interrupts, how it fractures and displaces. The lack of periods highlights gentrification’s continuous nature with all of the run-on sentences performing as an ongoing invasion. I use punctuation like dashes, commas, colons and semicolons because those keep the sentence going; they don’t give you a lot of time to rest, barely a second to catch your breath. The line breaks act as a fracturing as well, how they can force you to sit with a word, then make the word completely different by the next line. I also wanted to explore the generational relationships between the city that folks remember and the city that folks inherit. I consider my grandmother, not only because of her childhood ties to Houston, but because of the elders I’ve had the opportunity to be in conversation with at HCEDD meetings, how they’ve watched the city change with and without their say-so and still remain an unmoved anchor in their neighborhoods and communities.